The ALRTA Executive Director attended a meeting of the Council of Small Business Organisations of Australia (COSBOA) in Melbourne this week.

The ‘pre-election’ line up of guests was outstanding, including:

The meeting was a good opportunity to hear the views of each speaker on important small business issues, and for the ALRTA, an ideal chance to explain the problems with the RSRT and the reasons why they should not be repeated.

In the coming weeks the ALRTA will provide you with a ‘scorecard’ illustrating how the parties measure up on key election issues.

The ALRTA Executive Director met with representatives from the Red Meat Advisory Council Independent Steering Group this week to discuss the development of a Sustainability Framework for the Australian Beef Industry.

The proposed framework aims to clearly show consumer and community stakeholders what sustainable beef production is and how it is being achieved.

The ALRTA has a good story to tell in this space because we have now taken an ‘end-to-end’ approach to improving safety and welfare outcomes in the livestock transport sector.  It starts with our National Ramps Guide, then TruckCare deals with the ‘in transit’ issues, and finally, LivestockASSIST is there in the rare event that things do go wrong.

I am sure that our good work will be suitably recognised in any final sustainability framework.

We could see from the air just how tough the rural sector is doing it at the moment in Central QLD.  Not much grass and not a lot of animals as far as the eye can see in all directions. Over dinner on Saturday night, the Mayor of Longreach, Ed Warren, mentioned just how grateful he was that the LRTAQ had chosen to support the people of Longreach.

The conference program was a most enjoyable experience.  We cruised down the Thompson River, took in the QANTAS museum and ventured out to the Stockman’s Hall of Fame.  There are not too many outback towns that can boast so many attractions.

Of course there was also a serious side. The LRTAQ Committee considered a range of important policy issues at the delegates meeting on Friday.  The Saturday Forum was opened by the Hon Senator Ian McDonald and included presentations on the RSRT, review of the Qld Livestock Loading Scheme, crate safety and road access.

I reckon the highlight of the weekend was the LRTAQ Grey Nomad.  This free event brought together caravaners, trucking operators, police, community supporters and the ATA safety truck to foster a greater level of understanding between the various road users.  There was a great spirit in the air as the grey nomads inspected the inside of the prime movers, examined log books, had a free safety inspection of their vehicles and just generally ‘chewed the fat’ with some of our experienced truck drivers.  LRTAQ even treated a couple of lucky winners with a free $50 fuel voucher courtesy of BP.  Let’s hope they spread the word about the high level of professionalism in our industry.

ALRTA congratulates the LRTAQ Executive elected at the AGM: 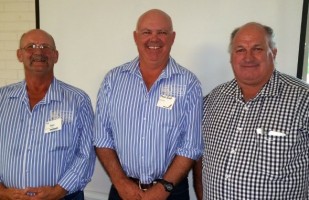 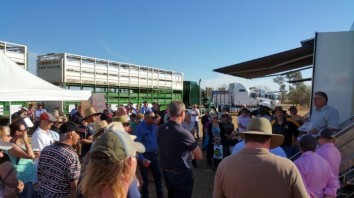 REVIEWING THE IMPACT OF THE RSRT

Last week the ALRTA attended a Roundtable meeting with the Australian Small Business and Family Enterprise Ombudsman (ASBFEO) to discuss the current Inquiry into the impact of the Road Safety Remuneration Tribunal 2016 Payments Order on owner drivers.

We provided a broad overview of the uncertainty, lack of clarity, financial impact, problems obtaining finance and the inappropriate operation of the Tribunal itself.

The ASBFEO is keen to hear from you about the impact of the RSRT on your business.  Please shoot a short email to advocacy@asbfeo.gov.au if you can spare a few minutes.  It doesn’t have to be too formal.

The ASBFEO is also planning a series of regional consultation sessions and we will advise you of the details when available.

Remember, the RSRT might be gone now but Labor have pledged to bring it back if they win the Federal Election.  It is still important to have your say to help get the message through that we can’t afford a repeat of highly damaging RSRT.

During the furore leading up to the abolition of the RSRT, the TWU were, and still are, peddling a story that there are 330 heavy vehicle related deaths every year.  The problem is that this figure is grossly misleading because it is from way back in 1999 and includes busses.

Given that the official government statistics are updated 4 times a year there really is no excuse for using 17 year old figures – unless you are trying to exaggerate the problem.

Last week the ATA release authorative new figures calculated by the Centre for Automotive Safety Research (CASR) at the University of Adelaide.  The figures show that the rate of fatal articulated truck crashes fell 80 per cent between 1982 and 2015.

During that time, the number of articulated trucks on the road doubled.

These statistics demonstrate that we are on the right track with our approach to improving heavy vehicle safety.

All heavy vehicles over 12 tonnes gross vehicle mass (GVM) and all buses over 5 tonnes GVM are currently required to be fitted with a speed limiter that is set to 100 kilometres per hour.

The NTC is proposing two changes to the Heavy Vehicle National Law that will make it easier to take enforcement action when such vehicles are detected travelling in excess of 115km per hour.  In summary:

The ALRTA National Executive has previously considered this issue.  Our inclination is to support the proposals, provided that there is some discretion exercised when vehicles are carrying sensitive materials such as livestock, perishables or dangerous goods.

ALRTA will work with ATA to further refine our position before formally responding to the NTC discussion paper.

NTC has released the Heavy Vehicle Driver Fatigue Data Final Report which aims to develop a new framework to ensure data about the frequency and impact of driver fatigue is collected in a consistent and comparable way across the nation’s states and territories.

Currently, the lack of information has been hindering reform in the area.  Without data we simply cannot fully understand the risks.

The framework developed by the NTC will result in four fatigue-related projects that:

ALRTA is currently considering a request to support the projects, including financially.

NHVR has released new data showing that heavy vehicle permit processing times by local councils have improved in three of the five participating States during the March quarter.

There were 5950 permits processed by state and local government in the January to March quarter, up by 50 per cent on the same period in 2015.

One area of concern to the ALRTA is the information showing areas where permit time is in excess of the statutory requirement of 28 days.  In the vast majority of cases it appears that it is state governments that are responsible for the delays.

You can check how your state and local councils are performing here:

To coincide with national Kidney Health Week, the ALRTA has released an exclusive member fact sheet with key information to help make sure your kidneys are in top shape.

Kidney Health Week is running from 22 – 28 May 2016. The fact sheet was developed in partnership with Kidney Health Australia.

“The problem with kidney disease is that it’s hard to detect – for some people, you can lose up to 90 per cent of kidney function before you even start feeling sick,” President Keenan said.

“This makes it very important to be aware if you’re included in the one in three Australians with an increased risk of kidney disease. Key risk factors include diabetes, high blood pressure, and if you have a family history of kidney disease or kidney failure.

“There is no cure for kidney failure, but kidney disease can be treated if it’s caught in the early stages. If you think you’re at risk of kidney disease, you should see your doctor for a kidney health test.

“We will continue to release these fact sheets to ALRTA members throughout 2016, each focusing on a new health topic.”

Please contact the ALRTA National Secretariat or your State Association Secretariat to obtain a copy of the exclusive fact sheet.